Modern Parenting: Moving Beyond the Standards of Screen Time 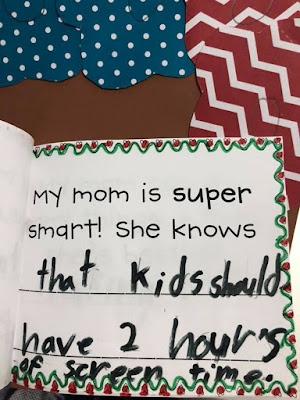 Recently I received a sweet, hand-made Mother’s Day gift from my son. On small pieces of paper, he meticulously filled in a series of incomplete sentences, ranging from “My mom can do many things. I think she’s best at making art” to “Did you know that my mom is a sicalligist (psychologist)?” and “My mom is super smart! She knows that kids should have two hours of screen time.”

“Two hours of screen time” has been successfully drilled into each adult responsible for monitoring a child’s technology use thanks to a successful media push by the American Academy of Pediatrics (AAP). Beginning in October of 2013, AAP held a firm stance on screen time, indicating that children over the age of two should be limited to two hours of screen time. Over time, the guidelines once again shifted in 2016 to ensure that no child under the age of 18 months should have access to screen time, referencing research that indicated technology could have a profound effect on brain development.

Despite these significant implications, screen use among 0 to 8-year-old children continues to grow. In a large-scale study of screen use in the United States, researchers at CommonSense Media (2017) found that on average, children under two spend approximately 42 minutes per day on “screen media use”. Of that time, approximately 58 minutes is spent watching television, 17 minutes are spent watching DVDs, 48 minutes are on a mobile device, 10 minutes on a computer, and 6 minutes on a video game player. For kids ages 2 to 4, total screen media use clocks in at 2 hours and 39 minutes; for 5 to eight-year old’s, 2 hours and 56 minutes.

AAP has once again shifted their policy regarding media, permitting use of video-chat, such as FaceTime and video conferencing to facilitate social communication with family members living far away. They encourage adults to provide the social context for little ones. Further, an emphasis on type of content has been further reinforced; Sesame Street is different than Power Rangers,

Finding a balance is key; you should feel comfortable putting on a 20-minute show while you prepare dinner, whereas allowing kids to binge before bedtime is heavily frowned upon by pediatricians. According to parents surveyed in the research conducted by CommonSense Media, nearly half of all children 8 and under often watch television or play video games during the hour leading up to bedtime. While outcomes vary, researchers have found that using any device at bedtime is associated with a statistically significant increased use of technology in the middle of the night, compromising sleep quantity and quality (Fuller, Lehman, Hicks, & Novick, 2017). Further, research also suggests that excessive television viewing in early childhood has negative implications on cognitive, language, and social/emotional development (Conners-Burrow, McKelvey, & Fussell, 2011).

So how do we provide the structure and balance for kids, particularly for our youngest viewers? One of the best ways is to track current usage to better inform decision-making. One easy-to-use application is the “Media Time Calculator” developed by HealthChildren.org. This application allows adults (in English and in Spanish) to calculate the amount of time your child spends on various activities, such as school, reading, homework time, unstructured time, chores, etc. to better inform how much “extra time” is permitted in a child’s day for media time. https://www.healthychildren.org/English/media/Pages/default.aspx#calculator

Most importantly, decide what is most appropriate for your family and stick with your plan. Avoid using technology as a bartering tool for compliance or tacking on “extra time” for good behavior.

Another easy way to determine what content should be emphasized first is to have discussions with kids about what should “count” towards screen time. In our household, playing a movement-based game on the Wii, such as Wii Sports, doesn’t count towards the daily “two hours,” neither is playing a chess app on the iPad or solving math problems on Prodigygame.com. Armed with this information, you can then develop a Family Media Plan for both adults, teens, and children in the home: https://www.healthychildren.org/English/media/Pages/default.aspx#wizard 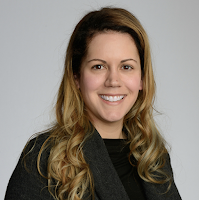 Before joining NESCA, Dr. Reinert worked in a variety of clinical settings, including therapeutic schools, residential treatment programs and in community mental health providing individual and group therapy. She has comprehensive training in psychological assessment, conducting testing with children, adolescents, and transitional-aged adults with complex trauma. Dr. Reinert has extensive experience providing intensive in-home family treatment, family outreach and care coordination for adolescents served by the Massachusetts Departments of Mental Health and Children and Families. She provided similar services for children who had been adopted internationally or through the foster care system through a program funded by the New York Office of Children and Family Services.